The campaign is supposed to start in 2021 to fund a game that pits heroes against monsters over a four-stage battle. Heroes can try and survive the increasingly tricky encounters by levelling up, gathering new skills, spells, equipment and even the favour of gods.

The game can be played by two to four players, will come with 18 highly detailed miniatures and make use of over 100 spells, items and items.

Pathfinder fans and gamers interested in the project can subscribe via the Pathfinder Arena signup form on Giochi. 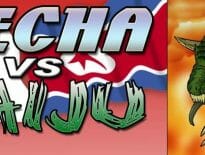