You are here: Home / Geek Stuff / Netflix capitalises on the fear of serial killers

The online marketplace OnBuy commissioned Journalistic.org to do some Halloween research and writing for them. The pair turned to Netflix and analysised horror movies.

What did the two discover? That we spent a lot of time on Netflix watching people getting chased around by serial killers.

The team used the full duration of movies, aggregating the running time to discover that Serial Killers had the longest “running time”, but with Aliens closely behind. Last? Dinosaurs.

To put 121 hours and 50 minutes into perspective? That’s about the same amount of time it would take to running from Edinburgh to London, to Edinburgh and back to London again. No breaks.

That alien total of 108 hours? That’s about the same as doing that weird superhuman but not super fast run from London to Birmingham nine times.

The two also surveyed over 1500 Netflix fans to find out what’s most scary. Serial killers come top again, but this data clearly suggests there’s scope for more cannibal and spider drama on the streaming platform.

Look at that. Killer children are scarier than zombies. Clowns are more terrifying than aliens. Sound right to you?

2020 isn’t over yet. Tell me about it! So these figures may change if there’s a big series of spooky releases over Halloween. The OnBuy benchmark was taken on the 19th of October.

Netflix capitalises on the fear of serial killers 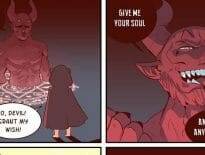 Comics Dealing with the devil 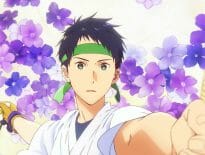