Tsukimichi -Moonlit Fantasy- is one of those anime in which an ordinary schoolboy is summoned to another world to be a hero.

This time, though, the goddess of the other world doesn’t like him. She thinks he’s ugly and banishes him to the rim of the world. So, the hero, Makoto encounters spiders, orcs and other non-humans first.

The new anime is based off the novel series Tsuki ga Michibiku Isekai Dōchū by Kei Azumi. While the show will be called “Moonlit Fantasy”, the literal translation of the title is En Route on an Alternate World Guided by the Moon.

Makoto benefits from the differences between our world and the fantasy one. The differences have granted him magic and impressive combat skills. He’s able to survive in the wilderness.

The show premieres next year on Japanese TV. 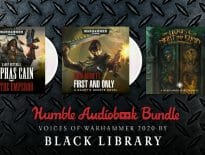 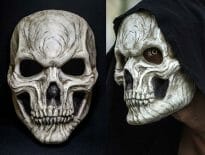 Geek Stuff 12 Masks of Halloween: #4 Pathfinder
💰 Copper Coins 💰 Geek Native is an affiliate and may earn commission on purchases you make from third-party sites.
🍪 Privacy & Cookies 🍪 The site uses cookies to survive. By accessing the site, you agree to use your browser to control cookie use or take 1d4-3 privacy damage (tracking). If you defeat cookies via ad blocking, please consider the Patreon. An intro to cookies, and how to control them, can be found here. I Manage Cookies