Turns out that Sillof is able to combine his model making skills with some filming. Having tried to re-create the opening of Star Wars as a kid he’s stepped up to the mark to produce Toy Wars.

It’s a good job and all short on a Canon Digic DV. Check it out! 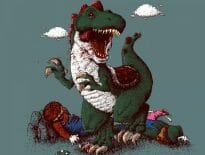