Steam will host the Digital Tabletop Fest from October 21st to the 26th. You can find this and other online conventions at the Geek Native events calendar.

The goal of the Steam Digital Tabletop Fest is to explore those game which can straddle both online and offline.

James Vaughan, of Plague Inc: Evolved, will run a session discussing the differences between the game’s on and offline modes. Sessions for Othercide and the smash-hit Gloomhaven are in the schedule as well.

Steam hasn’t missed out on the tabletop boom. Fantasy Grounds ran a Kickstarter to move over to Unity and is available on the platform. Tabletop Siumulator continues to be a big hit for gamers looking to play board and other tabletop games with friends online.

Computer game powerhouse Twitch recently invested in the actual play Into the Mother Lands stream which will also create and sell the campaign setting for offline play, using Fandom’s Cortex Prime system. The desire for online marketplaces to be close to the virtual tabletop systems, and rule engines that suit them, is founded in business logic.

Steam isn’t late to the party, though, last year they ran the The Steam Game Festival, which didn’t have such a focus on hybrid games, but certainly acknowledged them. 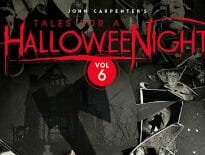 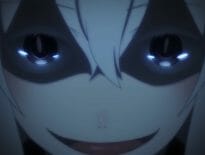 Anime Grr. Re:Zero Season 2 does a mid-season break; Jan…
wpDiscuzComment Author Info
Manage Cookie Consent
This site uses cookies 🍪, and links are ads that may earn bloggers some money 💰, and with this alert, I very much hope that these dark truths 🧌 are acknowledged.
Manage options Manage services Manage vendors Read more about these purposes
Preferences
{title} {title} {title}
Loading Comments...