Jetpack7 are back on Kickstarter with a space fantasy for D&D. Blackstorm Realms offers to be a wrapper of a setting, able to link many of your favourite campaign settings together and introduce a common foe.

The campaign has had a strong start, racing past $6,000 in the opening hour against a goal of $24,000. You can check out the latest numbers at the campaign page.

Gods and goddesses of multiple realms are at war, not among themselves but with a mutual enemy and an ancient threat.

That enemy is the El’atanor, from a homeworld rarely visited by the celestial leviathans of the Blackstorm. The El’atanor are at war with the gods, in revenge and as part of their thirst for control and power. Their numbers are limited to 2,000 though as they bound in a curse of infertility, another reason for them to search out life across the Blackstorm and subject it to their will.

A pledge of $25 will unlock the final PDF of the setting, and for $5 more you get early access to it and your name in the credits.

There will be a hardcover edition, which will require a pledge of $55 and has an estimated delivery date of November 2021. Once again, $5 gets you early access and your name in the book.

Draco Studios and Lair are on board to produce mini support if the campaign is successful and moves into add-ons. 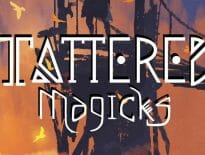 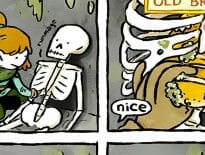