The Yellow King is an ENnie nominated RPG inspired by the works of Robert W. Chambers.

Characters face the reality-altering horror of The King In Yellow and are presented via four books in a slipcase.

The Yellow King Bestiary adds alien parasites, hungry buildings and war machines that hunt like wolf-packs. Pelgrane have also confirmed the Living Portrait, the Angel of Mons and the razer toothed Flip-tops.

In total, 86 new foes are added to the game along with 100 new Shock and Injury cards.

Whatever hole opens up in your reality today, an antagonist from The Yellow King Bestiary is ready to slither out of it, through your mind and into your heart.

We’re told that the book is currently being copy-edited but that the release date is still to be confirmed. 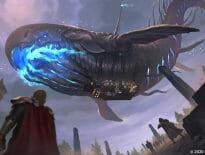 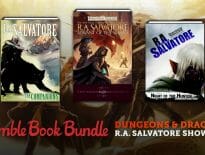 Books Humble Bundle: Discover the legend of Drizzt with …
wpDiscuzComment Author Info
Manage Cookie Consent
This site uses cookies 🍪, and links are ads that may earn bloggers some money 💰, and with this alert, I very much hope that these dark truths 🧌 are acknowledged.
Manage options Manage services Manage vendors Read more about these purposes
Preferences
{title} {title} {title}
Loading Comments...