Kobold Press set the campaign goal for the Kickstarter at $30,000, and with 27 days still on the clock nearly 1,200 backers and would-be dungeon explorers have pledged. The campaign’s current total is over $78,000, and you can see the latest figures on the campaign page.

The project hopes to produce six core times; a hardcover book in regular and limited editions, a hand-tooled edition, a poster-sized map, a well-constructed PDF and digital editions for Roll20 and Fantasy Grounds.

The PDF is unlocked with a $20 pledge, which also grants access to some previews.

The virtual tabletop edition requires a pledge of $33 and the map folio can be got by itself for $39.

The hardcover is available at $40, and backers also get the PDF at that tier. The limited-edition, which will cease to be available after 150 backers, costs $79.

Other tiers exist, including retailer options and postage costs, must be added later.

Kobold Press has run 17 other Kickstarter and has been an enthusiastic backer of other projects, with some 184 pledges of their own made. They’ve earnt a solid reputation and Wizards of the Coast veteran Steve Winter will be helming the project.

Stretch goals ave added character point of view art, a Redtower PDF, magic items from the Void Cult, a “Secrets of the Citadel” table added in as well as Secrets of the Owlbears.

Many more stretch goals will likely unlock which will add more art, more secrets and a whole chapter more for Redtower. 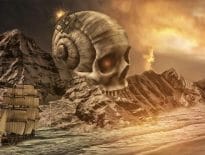 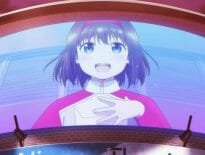