You are here: Home / Geek Stuff / More than 10% of readers think Mind Flayers are too scary for D&D

In the 80s, the rise of the religious right and the conservative branch of Christianity began to entrench itself in American culture.

At the same time, fueled by allegations by the religious right, the public became concerned about Satanic conspiracy theories. People worried that Satanists were targeting children and Dungeons & Dragons was a particular focus with some parents arguing a game with demons and spells was inappropriate for kids.

It’s a moment of tension and cultural re-alignment again in the States and elsewhere in the world and once again people are debating Dungeons & Dragons. Does the game handle races well? Is the Charm Person spell in D&D a bit yucky? Are some fandoms becoming toxic and unhealthy?

Earlier this year, Geek Native gave away from merch from the store. A Snapchat with a Mind Flayer bag was the prize.

To win the bag readers had to say whether or not they thought mind-meddling and flesh-eating monsters like Mind Flayers were too scary for D&D.

As you’d expect, most people had no problem with Mind Flayers in the game. However, over 10% thought that the tentacled humanoids were too scary.

Does that surprise you? Is 11.3% of people voting against the inclusion of Mind Flayers in D&D seem high to you?

Of course, this was a competition and a chunk of people probably just bashed the first radio button they saw to complete the survey and hope to win the bag. Other participants might have come to the blog from competition finding sites and therefore take part with very little knowledge about the game. 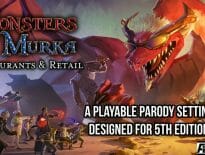 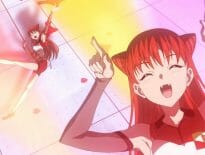