Swordsfall is both an art book and an RPG. The project funded within an hour on Kickstarter, after growing a loyal community through a World Anvil hosted world-building project.

Frustrated that so much of fantasy, whether high or low-fantasy, was Eurocentric, Swordsfall was created to build a cyberpunk setting from African folklore instead.

Every day black people have to deal with the fact that they are excluded by popular media as a whole. The progress we’ve made has only come through relentless outcry and anger. Each small step forward only coming after years of emotionally grueling battles with the majority. Eventually, the affected black people start to realize that the stories they need to tell, the representation they need, can only be told through the most open forms of expression.

The result, in part, is Tikor, a setting in which there are rumours of a new weapon capable of killing gods.

Swordsfall has seen growth with supplements like The Summit of Kings: Battle for the Supreme Jalen and Drift of Dreams. There’s even a store.

Andrews McMeel will publish the first Swordsfall book and the art and setting Welcome to Tikor book as well.

Not only does this secure the future for the studio but it also lets us reach markets far beyond what we could do ourselves. That means properly translated versions in other markets and of course, seeing the book on the illustrative shelves of book stores across the GLOBE!

McMeel has made several RPG announcements in as many days; publishing another Kickstarter success with Into the Dungeon and Andrew Kolb’s Neverland.

Transparency: Geek Native has donated advertising space in the daily newsletter to Swordsfall. 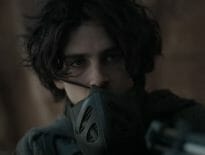 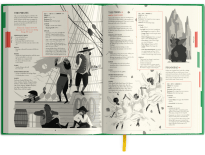