Geek Native wasn’t the only site to adore the design of Strata Miniatures combat wheelchair minis inspired by Sara Thompson’s initial stats. This blog has even had to redirect emails from enquiring retailers over to Strata as shops look for ways to stock the models.

It makes sense, then, that the company makes some more and a tweet promoting an Epic Heroes competition has revealed what some of the new designs look like.

It’s an impressive competition and one that’s made possible by Steamforged Games and Strata teaming up.

The first three prizes are a full set of wave 1 wheelchair minis and each of the first two Epic Encounter sets. That’s over £140 ($190) worth of loot. The top prize also gets a custom mini created; they’ll get a 3D print off of it and the model will then be included in future combat wheelchair waves.

It won’t be an easy competition to win, though. Strata are asking that you write a 1,000-word story, that’s family-friendly and about the combat wheelchair.

In fact, you must design a concept of a new combat wheelchair for your story, and the main antagonist must be based off characters in Steamforged Games’ Epic Encounters sets.

You have only until the 18th to get this done. Good luck!

Update (5th Sep): Story corrected to say that all three of the top stories get the miniature prizes and the top one also gets the custom design made.

Thanks for the write up, It’s the top 3 stories that win the epic encounter sets and all for Dungeons and Diversity Wave 1 models. The top story will have their character in to a mini for a release!

Ah, thank you! I’ve updated the article and put a correction note on the bottom. Also logged the entry in the corrections page for transparency. https://www.geeknative.com/corrections/ 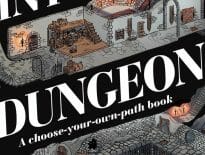 Books Into the Dungeon picked up by Andrews McMeel 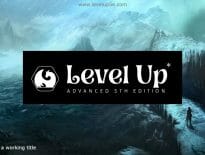