Geek Native was lucky enough to have a chat with Will Munn of Adept Icarus about Arium last month. It’s an RPG which also contains rules for your gaming group to build their own campaign setting. At the time, the Kickstarter was expected soon.

Now that Kickstarter is live and it is doing well enough to increase payments to artists and writers commissioned on the project. That’s lovely to see. At the time of writing, there are just over two weeks on the clock, the humble project goal of $1,000 has been mashed as there’s $12,000 pledged. You can follow progress on the campaign page.

Adept Icarus have a Discord server to coordinate questions and discussions about the game and Kickstarter.

The PDF is due out in January, and the physical zine due a month after that.

With Arium: Create you will build your own Arium or world. If the word “Arium” is niggling your brain, then you know a bit of Latin. As in Aquarium or Terrarium.

The idea is that by world-building as a group, your players have a vested interest in the campaign setting that they don’t usually have.

Exploring that world is dealt with by Arium: Discover. You could recreate your favourite TV show, or use a homebrew world you’ve made already, or be inspired by another game.

Arium: Discover’s rules are a streamlined d6-engine that, Adept Icarus, will work with any world forged in the Arium: Create process. 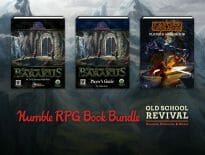 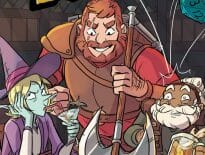