Ray Arnold has used the Open D6 system to make a fan-made Jurassic Park RPG. It’s based on the Star Wars Roleplaying Game and is very crunchy.

Update: The embeds and links in this article have been updated to the 2nd edition of the Jurassic Park RPG.

Crunch refers to the number of rules in the game, and the Jurassic Park RPG is a very impressive 221-pages, most of which are rules.

That said, rolls are just made in conjunction with a difficulty level and with a chaos dice (a differently coloured d6) in effect.

Additionally, despite the depth of the rules, the author states that the GM should keep things moving and not worry about the rules. Inferred from that is that the rules are there if you want guidance but if you’re happy to compose a check that makes sense to you; then do so.

In a game like Jurassic Park where characters must work together to survive, it’s understandable that life or death moments might come down to a roll of a dice. However, the movies have tended to be fast and fluid, high on action and drama but without much emphasis on nitty-gritty details or realism.

A Jurassic Park campaign, at its best, captures all the adventure, excitement, and horror of the Jurassic movies. These types of campaigns take planning and careful thought, but the rewards of a well-played and thoroughly enjoyed campaign make all the long hours of planning worthwhile.

There’s no mistaking the hard work that’s gone into this free to download RPG. Unlike so many others, this fan project thinks about layout and artwork. It’s unusual to find a fan creation over 200 pages that looks this good and is given away for free. If you’re already familiar with the D6 system used by Star Wars then perhaps the game is dramatically less crunchy for you too purely because you already know the basics of the rules.

Nicely, the game does credit the art and even the photographs it uses. You can find these in the second last page.

Update: 28th Dec 2020: The 2nd edition it out and it’s a big update with more streamlined rules, character sheets, maps and handouts. You can access both versions from Google Drive.

I know this article is old, but is this RPG still free somewhere to Download? Both of the above links return an Error 404 (Not Found) message. 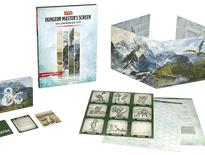 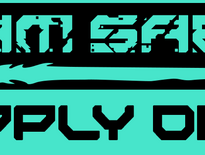