You are here: Home / Games / Tabletop & RPGs / Yog-Sothothery in Rome: Cthulhu Invictus in the Bundle of Holding

The Call of Cthulhu setting of Ancient Rome brought to horrible life by Golden Goblin Press and Oscar Rios is in the Bundle of Holding.

Set late Age of the Antonines (AD 145), at the peak of the Roman Empire when ancient wizards fought to defeat death and explorers brought back dangerous artefacts from the remains of alien civilisations, only a few fight to hold back the darkness.

Please note, that Cthulhu Invictus is a setting and you need either the free Call of Cthulhu 7th edition quick start rules or full Keeper’s Rulebook to run adventures.

There are five books in the Starter Collection, including the 197-page Cthulhu Invictus setting book. The retail value of these DRM free downloads is $41.

Money raised in this bundle goes to support Direct Relief and their efforts against the outbreak.

You can check out the full details of the Cthulhu Invictus deal at the Bundle of Holding.

Yog-Sothothery in Rome: Cthulhu Invictus in the Bundle of Holding 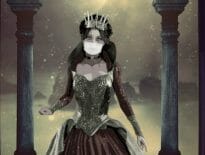 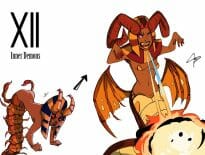