You are here: Home / TV / There was a goblin: Spoiler pictures for the end of Doctor Who

Well informed fan site Blogtor Who has posted some pictures of the last episode of Doctor Who. It’s a two parter.

Some readers are now reporting that Blogtor have now pulled the post. We’re not sure whether they intended the publish them or whether they’ve been contacted by the BBC.

If you’re worried about visual spoilers then stop reading this post. Click mark as read on Google Reader or skip on to the next story on the blog.

And the goblin? That comes from a strange two paragraph quote published in the BBC’s Radio Times. It’s connected to the last two episodes.

A message on the oldest cliff-face in the universe, a puzzle box opening from the inside and a love that lasts thousands of years… The fates are drawing close around the TARDIS – is this the day the Doctor falls?

“There was a goblin. Or a trickster, or a warrior. A nameless, terrible thing, soaked in the blood of a billion galaxies. The most feared being in all the cosmos. Nothing could stop it, or hold it, or reason with it – one day it would just drop out of the sky and tear down your world.” 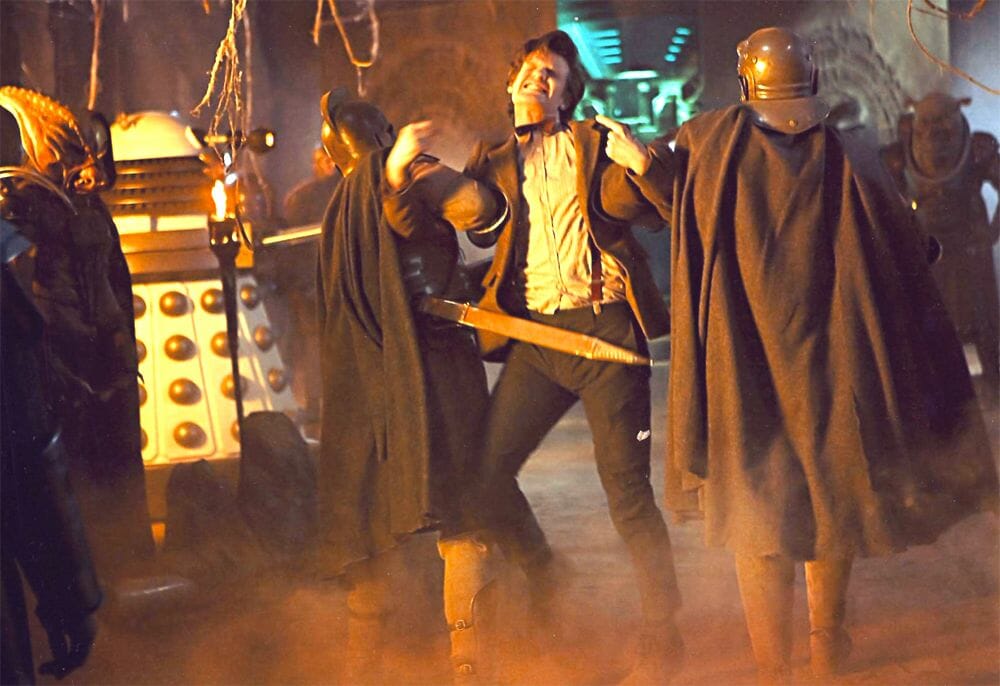 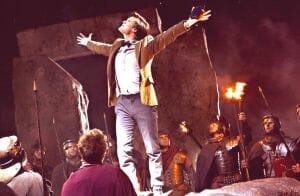 Of course, we all hope this isn’t the end of Doctor Who – it’s just the end of the new wave; season two is hopefully already through the planning stages.

There was a goblin: Spoiler pictures for the end of Doctor Who