Star & Flame Games have published Land of Eem RPG as a “Pay What You Want” product with a suggested price of $0.00.

In a Reddit post, it is described as “free right now” which suggests once the RPG leaves beta, it will pick up a price tag.

Land of Eem RPG is described as The Muppets meet The Lord of the Rings. The game is a lighthearted adventure about exploring and discovering remnants of a forgotten and better age.

The beta bundle has the core rules and quickstart as well as the sandbox for the Used T’Be Forest region of the world. The authors describe it as;.

The Used T’be Forest used to be a forest. Now it’s just a wide expanse of cracked earth and rotting stumps, full of enterprising dungeoneers, wily witches, and marauding bandits.

The sandbox is system agnostic, so you can use it with any RPG and has 22 locations, 45 NPCs, 82 rumours to investigate and 77 quest hooks.

Also in the bundle is this impressive hex map of The Mucklands.

In total, among the core rules and sandbox there are; 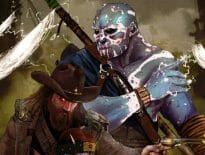 Tabletop & RPGs Competition: Win “The After” a Savage … 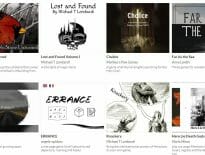