You are here: Home / Games / Tabletop & RPGs / D&D designer to write The Dragon’s Eye for RuneQuest

Chaosium has announced that a new sourcebook for RuneQuest: Roleplaying in Glorantha is in development. It’s called The Dragon’s Eye, and it is being written by Jonathan Tweet.

Tweet co-wrote D&D 3, and his other works include 13th Age, Ars Magica and Everway.

The supplement was initially titled “Your Glorantha May Vary” and intended to be a collection of locations that showcased the versatility of Glorantha.

Each location featured in The Dragon’s Eye comes with different ways for gamemasters, veteran and new, to use it in a campaign. There are adventure hooks and engaging NPCs for places like the Wasp Nest, Wilmskirk, Old Wind Temple and others.

The Dragon’s Eye will not be the first time Jonathan Tweet has written for RuneQuest. In 1994, Tweet co-wrote the 3rd edition supplement Strangers in Prax with Mike Dawson and Michael O’Brien. He’s also written with Rob Heinsoo on 13th Age Glorantha.

There’s no release date associated with the project yet, but Chaosium has said that Jeff Richard and Jason Durall are producing the book.

D&D designer to write The Dragon’s Eye for RuneQuest 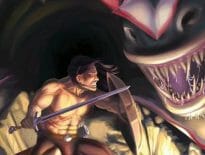 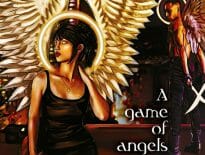