You are here: Home / Geek Stuff / Only half of geeky convention-goers plan on attending a 2021 event

A Geek Native survey shows a great deal of uncertainty around attending a convention in 2021.

The survey, which had over 150 respondents, comes from a competition to give away a copy of the card game 5211. It should not, therefore, be considered hugely robust. The sample size is not significant.

An analysis of those people who often attend a convention a year (55) showed that barely half hoped to attend one in 2021.

The number of “I hope to attend a convention in 2021” responses, as you would expect, from geeks who rarely make a convention every year was even lower. Only 21% of infrequent convention-goers had solid plans for a trip next year.

If we combine the two groups, the frequent and infrequent convention-goers, then the percentage with solid 2021 plans dips well below the halfway mark. Only 39% of geeks have 2021 plans.

Is there a hidden gift among geeks who have never previously been to an offline convention? As exposure to the virtual conventions persuaded people to try and real-life one? Well, given that this survey closed before Gen Con (or Virtually Expo) but after some of the smaller online events, adding in the last cohort does surprisingly little to the overall figures.

The final cut of the survey has only 36% of geeks with convention plans for 2021. 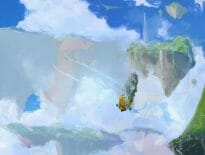 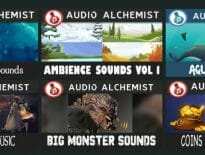 Sites Astral Tabletop added over 1,400 media assets this…
wpDiscuzComment Author Info
Manage Cookie Consent
This site uses cookies 🍪, and links are ads that may earn bloggers some money 💰, and with this alert, I very much hope that these dark truths 🧌 are acknowledged.
Manage options Manage services Manage vendors Read more about these purposes
Preferences
{title} {title} {title}
Loading Comments...