You are here: Home / TV / Amazon trailers The Boys 2

Garth Ennis and Darrick Robertson’s The Boys are back on the small screen. Amazon’s back comedy and superhero action series have a second season.

Karl Urban is back as Billy Butcher, the former CIA agent which a significant grudge against supers. With him is Jack Quaid as Hughie Campbell, Laz Alonso as Marvin and Tomer Capon as Frenchie.

Against them is Antony Starr as the dreadful Homelander, Dominique McElligott as the troubled Queen Meave, Jessie T. Usher as A-Train and Elisabeth Shue as Madelyn Stillwell of Vought International.

Which side will Erin Moriarty’s Starlight take? And will we see more or Black Noir or Karen Fukuhara as Kimiko? 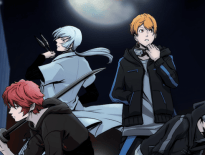 Anime Crunchyroll gets more ninja and some horse-girls 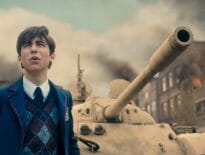