As reported on Geek Native in March, Vault Comics will publish a new and official Vampire: The Masquerade comic book line.

The series follows Cecily Baine, a Kindred enforcer in the Twin Cities who gets caught up in a conspiracy.

Each comic has exclusive Vampire 5e material, written in conjunction with Modiphius who manage the line.

These alternative covers are by David Mack (Cover, Daredevil, Kabuki) and are of one image with two different colour schemes.

One is a blood-red version, printed on thick card stock with silver foiling and spot-gloss. The other is a purple and blue wash which will become the “standard variant”.

The series is written by Tim Seeley, Tini Howard and Blake Howard and is due out in August 2020. Amazingly, that’s just next month. 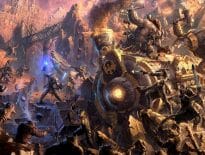 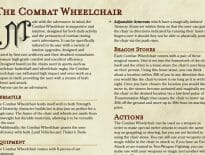