I’m tempted by the graph paper version of the notebook. That’s my usual go-to for sketching quick floorplans for players, and surely a dungeon-themed character sheet notebook is exactly the right design you want for this. The fact that the notebook is spiral bound is also very handy as it means it will lay flat on the table, no matter which page it is on.

The notebook is available from Redbubble and a store called Garblag.

That’s the same Garblag as Garblag Games, an actual play YouTube channel. They’ve a Patreon too, with nearly 50 supporters. That’s a good sign that the actual play videos are pretty good.

In fact, two years ago, Geek Native noticed these dungeon designed character sheets but back then they were Patron only.

Also on Garblag’s Redbubble is this Abandoned Tavern floor plan mug. It looks like the channel was giving the mug away to certain tiers of Patreon backers too. 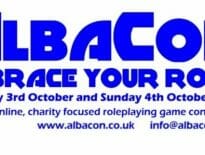 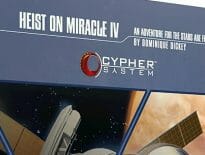