British retailer Menkind has found that video games are helpful.

A survey of 2, 400 dads and father figures across the UK have found that 1 in 3 dads are spending more time with their kids since working from home.

You won’t be surprised which activities dads are doing with their kids. Streaming platforms are used by most (59%), but you might be pleased to see that board games come in high (49%), video games just below that (42%) and even roleplaying makes the list (19%).

Mind you, the amount of time dads spend roleplaying with their kids according to the Menkind survey is the same as dads spend singing or engaging with karaoke with their offspring. I’m glad I don’t have any of those families on the other side of Geek Native’s thin HQ walls!

Another lovely boost is the top “Unexpected Joy” that the lockdown as brought. In the second place, is “It’s improving my relationship with my kids and brought us closer.”

Isn’t that wholesome? What could top that? I’ll tell you.

While 33% of dads rated “Improved relationship” as an unexpected joy of the lockdown, 43% rated “I’ve beaten my kids at video games” as the best result.

In fact, Menkind’s survey shows a few other benefits. 25% of dads say they are eating more healthily as they’ve time to cook.

The survey comes out just in time for the Father’s Day section on Menkind getting a boost. Though, if dads are bragging about beating the kids at computer games, I’m not sure if they’re expecting a boost to their Father’s Day gift tall or not! 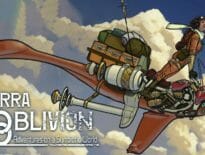 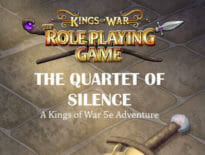 Tabletop & RPGs Free to Download: The Quartet of Silence for Kings…
💰 Copper Coins 💰 Geek Native is an affiliate and may earn commission on purchases you make from third-party sites.
🍪 Privacy & Cookies 🍪 The site uses cookies to survive. By accessing the site, you agree to use your browser to control cookie use or take 1d4-3 privacy damage (tracking). If you defeat cookies via ad blocking, please consider the Patreon. An intro to cookies, and how to control them, can be found here. I Manage Cookies