Anime Expo was supposed to be running from July 2nd to July 5th at the Los Angelos Convention Center this year. It’s not. The lockdown and global pandemic got in the way.

Funimation, the Sony-owned anime house, was quick to announce FunimationCon would be held from the 3rd to the 4th instead, online, to showcase their stuff.

I wish I could tell you more about FunimationCon but the page is currently blocked to my geography. I guess Funimation don’t have the rights to air their shows in Scotland?

Today’s news doesn’t get any better for FunimationCon. Anime Expo has announced an online alternative called Anime Expo Lite which will air when Anime Expo should have been; yep, from the 3rd to the 4th. The clash is documented in Geek Native’s new geek conventions calendar.

Thankfully, I can access Anime Expo’s site and sign up for more emails about their Lite con.

Partners for Anime Expo Lite include Bushiroad, Crunchyroll, Pony Canyon and VIZ Media. Well, let’s assume I had a choice to which of the two I could watch – I’d pick Anime Expo Lite.

There’s no suggestion that the two conferences are overlapping out of spite, though. They’re both replacements for the same event. Who knows, they may even coordinate.

Ray Chiang, CEO of The Society for the Promotion of Japanese Animation, AX’s organizer told press;

We are excited to be able to parlay the traditional Anime Expo into a virtual experience. Since 2017, AX has been live-streaming select panels as well as from the convention floor, so it is a natural transition for us to produce a virtual event. As everything in 2020 is different, we see a unique opportunity to be able to share our passion for Japanese pop culture not only with those that would have attended AX but now with any anime fan no matter where they live.

With our Anime Expo Lite line-up, we know fans will find plenty of events and special guests to entertain and keep them engaged.” 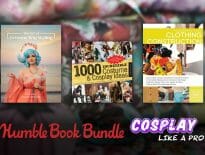 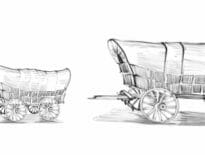