You are here: Home / Games / Tabletop & RPGs / FATUM hopes to use Tarot card for your 5e character

You may well have seen the growing trend to use Tarot cards in games like D&D. It’s not generally some weird occult mess; instead, the cards are drawn randomly and are associated with meaning in a way that a roll of 3 on a d6 is not.

Fatum is the latest significant play to put together a high impact deck via Kickstarter. They’re asking for a whopping €25,500 but just a day into the project have raised over €8,250. The art talent is impressive too with people who have worked for Marvel, DC, White Wolf, Dynamite and others. You can check out the latest cash total over at Kickstarter.

Fatum is quick to say that their system can be used in and for any fantasy RPG. If you can use tarot cards to create D&D characters, then I’m sure that’s true.

In the box, you get 60 cards, a textile playmat, some rules and whatever else the campaign unlocks.

It takes a pledge of €25 (about £23) to get that box and as far as tarot go; that’s very cheap. In fact, if the campaign manages to get to €50k, then those tarot cards will be made with gold foil ink.

Stretch goals include a dragon background card, a necromancer and ghost, chief and henchman and so forth.

How do you create D&D characters with tarot cards?

FATUM hopes to use Tarot card for your 5e character 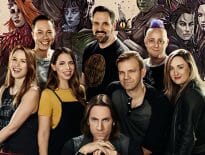 Books The World of Critical Role goes on pre-order 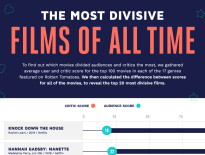