A|State is the story of how you fight back.

As 2019 drew to a close, we had reason to believe that A|State would return.

A|State was first published in 2004 by Contested Ground Studios. I think “cult hit” is a fair way to describe the game. The setting is an ostensibly eternal city with vast inequality between the rich and the poor.

We now know that a discussion at Tabletop Scotland about whether A|State could be converted to Forged in the Dark rules is responsible for the return of the game. The original artist, Paul Bourne, is back. The game’s creator, Malcolm Craig, is consulting on a project coordinated by Handiwork Games. Gregor Hutton and Morgan Davies are in the driving seat.

Handiwork Games are now looking for playtesters. Could that be you? If it’s tempting and you can go a good job, then the process is a quick and polite email to [email protected] with “Playtesting a|state” in the subject line to be considered.

In the meantime, you can read much more about A|State over at Handiwork. 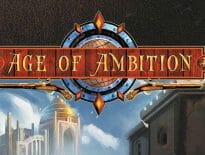 Tabletop & RPGs Age of Ambition: Fantasy Roleplaying in an Age of … 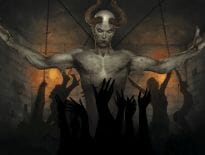