You are here: Home / Geek Stuff / The adult A|State RPG about is about to return

Falkirk based Handiwork Games has just released an untitled video that very definitely ends with a mention of A|State.

We’ve not heard anything from Contested Ground Studios (also based in Falkirk) or A|State in years, but the game is still for sale on DriveThruRPG.

A|State is a gothic horror of a sci-fi. The game is set in The City, and you cannot leave. It’s a game that came with “For Mature Readers” warning on it.

I have got a copy, and it’s great.

We know more about Handiwork Games. This Scottish indie studio was set up by Jon Hodgson after he left his role as Creative Director at Cubicle 7. They’ve just delivered on a very successful battle map tile Kickstarter and are currently working on Beowulf for 5e and Hellenstika, an ancient Greek setting for 5e.

Tabletop Gaming Magazine has managed to speak to Hodgson who’s said the new game will use Blades in the Dark as a system. That’ll be a popular choice among ‘fiction first’ gamers as it allows players to build the tension and the drama, the mechanics of the system designed to pile on more story.

It’s likely this teaser trailer is the first of many from Handiwork Games, and we’ll learn more soon.

If A|State does make a return, then it’s walking an increasingly popular route. The Scottish-based (at least; at one time) SLA Industries also had a successful Kickstarter and currently as a free to download Quick Start guide out.

The adult A|State RPG about is about to return 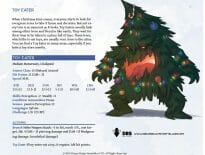 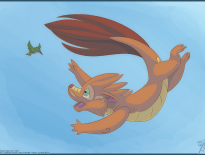