Thousands of loyal gamers already enjoy Trudvang, a tabletop roleplaying game from RiotMinds. Now, by launching a 5th edition variant of the game, the Swedish publisher is hoping to reach many thousands more.

There’s every reason to be bold when it comes to Trudvang. When RiotMinds took a board game based on the series to Kickstarter it made more than $1 million.

This trailer video is NSFW, and that’s probably one of the reasons why some people like the mature setting.

The setting is a blend of Norse and Celtic mythos. It’s a dark and grim game, with a sombre tone. Magic is shaman-like and down-to-earth rather than fireball. Religon plays a dominant role.

Magnus Malmberg of RiotMinds wanted to reassure players of the current RPG that that project had not been abandoned, saying;

We envision this as an opportunity to reach a broader audience with 5E being another tentpole in our strategy to serve our player community and expand the Trudvang brand. However, for fans of the original Trudvang Chronicles RPG, rest assured that we will continue to support that game with an array of new supplements and adventures. We have an exciting and extensive release plan ahead – we can’t wait to share more information soon.”

Of course, RiotMinds aren’t going to come out and drop a 5e world setting on the table. There’s going to be a Kickstarter, and that’s scheduled for May 23rd.

You can find out more about the campaign at RiotMinds or join their Discord server. 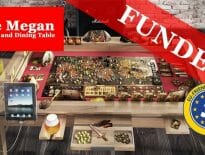 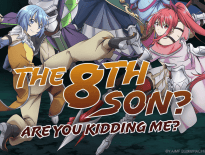 Anime “The 8th son? Are you kidding me?” and…
wpDiscuzComment Author Info
Manage Cookie Consent
This site uses cookies 🍪, and links are ads that may earn bloggers some money 💰, and with this alert, I very much hope that these dark truths 🧌 are acknowledged.
Manage options Manage services Manage vendors Read more about these purposes
Preferences
{title} {title} {title}
Loading Comments...