Welcome, welcome. In this column, we take a quick look at a batch of anime.

Some of the shows are brand new, and others have been around much longer, but the goal is always the same; what’s worth your time, what’s not?

You’ll find that these mini-reviews, no more than a few short paragraphs long, are spoiler light. The plot isn’t discussed in detail. However, they summarise events in the shows at the same level a book’s blurb might. If you’re super sensitive to spoilers, then this might not be the column for you.

The final two lines of each mini-review always follow the same pattern; a one-line summary of whether the anime is worth your time and a link to where you can watch it (geo-allowing).

What have you been watching lately from the realm of anime what’s worth it? Let us know in the comments below.

The anime kicks off with a schoolgirl trying to ask someone out. At first, I thought he was a teacher as the chap towers above her – but he’s a classmate.

The twist is that Nozaki, the tall classmate, is also a manga artist out of school hours. Rather than asking him out, Sakura winds up helping draw the comic and this is something she has a talent for.

I admit I’m not the target audience for the show. It shows. There’s just not enough drama or depth to keep my attention. Whether friend A likes friend B doesn’t make it into my list of situations to worry about and, as a result, there’s nothing to steer me through this (likely to be) long romance.

Great news, SAC_2045 turns out to be one of the better reboots of Ghost in the Shell.

Yeah, the Tachikoma are adorable and absolutely carry some of the scenes, but there’s more to it than those blue mini-tanks. SAC_2045 is set in a future where a “sustainable war” is the only thing that’s keeping the big economies afloat. Dark and believable. Ghost in the Shell reinforces this updated view on our modern world with episodes titled Edgelord and reflections on contemporary problems like cyberbullying.

Season 1, though, only scratches at the plot. The cyborgs of the future and AI minds are no longer the scariest things in the future. SAC_2045 takes Ghost in the Shell up to the posthuman future.

Posthumans are the next evolution of humanity, and in this show, they are emotionless badasses.

Status: Above average.
Where: Netflix

I mentioned in my wrap up of JoJo Bizarre Adventure that I worried JoJo was a bit too chummy with a Nazi. I can’t say I take to his grandson, Jotaro, the star of season 2 much more. He’s an absolute arsehole.

I think the anime is hinting that he appears on the outside to be an arsehole but is kinder in secret. Doesn’t matter. He’s still an arsehole to his mother.

However, his grandfather – JoJo from season 1 – is around and is a host of more interesting characters. Season 2 seems to pretty much ditch ‘hamon’ as a power for tarot-themed mystical avatars that do battle instead.

In these opening dozen episodes, JoJo and the new JoJo have to come to terms and then team up to travel across half the globe to do battle with a familiar baddie.

The joe of One-Punch Man is that our hero is so powerful that he’s bored. He defeats enemies with one punch. The danger here is that the plot becomes as dull and predictable – that one punch.

I’m impressed at the storytelling here. Building on existing characters and adding two or three interesting new ones, we return to the Hero Organisation as they find themselves battling against ever more powerful monsters.

Fans of series 1 will, I’m sure, appreciate series 2 just as much.

I’m sure Crunchyroll are thrilled with this investment; Tower of God was a big bet, but it seems to be working out well.

We’ve a naive young man trying to climb a magical tower, following a girl he wants to protect. We’re getting hints that there’s something special about him and that Rachel, the young woman in question, knows more than the “I want to see the stars” innocence we were first told about.

These episodes continue with the challenges the climbers must face to get to the next level of the Tower. These challenges are all very structured, organised and well ran, almost like a professional and regular routine. More importantly, perhaps, these episodes also begin to layer in the politics of the Tower.

Do you agree with this little bundle of reviews? Let us know in the box below or whether you have any recommendations of your own. 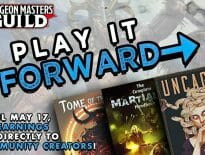 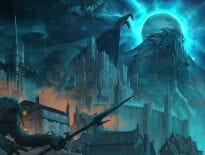