Jason Mical made the original fan-made Fallout tabletop RPG. That was good enough for Glutton Creeper Games to commission him to do an official one, sadly legal issues between Glutton Creeper and Bethesda got in the way, and the roleplaying game became Exodus instead. Exodus, though, is highly rated and currently has a 4 star ranking at DTRPG.

The fan-made project continued, maintained by Hank The Tank who estimates they’ve put about 300 hours into formatting and testing the now heavily modified game.

The game is currently available via Google Drive link (not maintained by Geek Native), and you can browse the 74-page embed above, or click the download link if you like what you see.

The Overseer’s Manual 6th edition brings together all the Fallout games into a single world and couples it with tabletop mechanics, illustrations, introductions, equipment and even stats.

There are even character sheets for the game available (page 1 & page 2).

This year, Modiphius is working on the official Fallout TRPG and the playtest was recruiting in January.

The official Player’s Handbook in Dungeons & Dragon’s 5e offers two suggested ways of discovering your character’s six attributes. You can either assign points from a balanced array of numbers or roll 4d6 and drop the lowest dice. The method is to create PCs who are likely to be a bit more notable than the […] 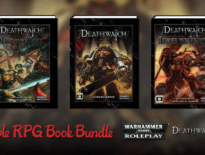 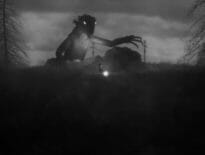 Music Haunted Mansions: The Slow Dark
💰 Copper Coins 💰 Geek Native is an affiliate and may earn commission on purchases you make from third-party sites.
🍪 Privacy & Cookies 🍪 The site uses cookies to survive. By accessing the site, you agree to use your browser to control cookie use or take 1d4-3 privacy damage (tracking). If you defeat cookies via ad blocking, please consider the Patreon. An intro to cookies, and how to control them, can be found here. I Manage Cookies