On the back of Remarkable Shops being published, LoreSmyth has just launched their latest Kickstarter, and it is enjoying a blistering hot start.

Heroic Challenges are cards that help your characters come to life, making them memorable and improving your roleplaying or NPC skills. The project is asking for €15,000 (about £13,000) and within the first hour sailed past €5,000 in pledges.

The cards are system-agnostic, and the starter set provides 200 combinations.

You can go higher, €45, for example, is the Cards Galore tier in which you’ll get the Heroic Challenges starter set and all three of LoreSmyth’s DungeonDecks.

If you can 3d-print the the “digital extras” that come with many of the tiers include STL files for this card and dice tray which, I think, looks great.

What problems do Heroic Challenges solve?

Geek Native spoke to Chris van der Linden ahead of the Kickstarter launch.

What are you trying to achieve with Heroic Challenges?

With Heroic Challenges cards, the idea is to add an impromptu layer of storytelling to the game that gives a little more control to the players than they may normally have in a game where the GM unfolds the story. The challenge cards can be drawn at the start of a session, per player or one for the entire group and help spark roleplaying.

The prompts encourage creative play, deepen character choices and give rewards that go beyond gold and XP. Alternatively, the Heroic Challenges cards can be used by the GM only, as a means to spur new story ideas during the game or prep.

Who do you think will use Heroic Challenges?

The product is designed for use by players as well as the GM of any fantasy roleplaying game. The Heroic Challenges cards are system-neutral and have been intentionally designed a little bit open-ended so each group can find fun ways to adopt them into their game (not unlike our previous “Dungeon Discoveries” card decks). Our hope is that players are the main audience to use this during the game, as long as the GM approves it, of course.

What problem do Heroic Challenges solve?

Heroic Challenges does quite a few things. First, it can help both new and veteran players to roleplay their characters in meaningful, interesting ways. The challenges encourage team spirit, either by giving out their reward to aid a fellow player, or needing a collective effort to succeed at the challenge.

The Heroic Challenges cards help GM’s that use the lazy/low-prep method to improvise the narrative and let their players take an active role in it. Lastly, it also makes it easier to come up with rewards that are more than just treasure or gold. Through our many customer survey’s we learned that some GM’s struggle to come up with interesting roleplaying rewards. 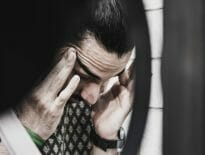