You are here: Home / Books / Free to Download: Doctor Who audiobooks

Have you noticed that Doctor Who fans sometimes refer to instances and encounters that never happened in the series?

There’s an extended universe of books and audiobooks. One of the main players in that space is a company called Big Finish.

Now, Big Finish is giving away a new audiobook (or audio drama as they say) once a week. You can see the latest offer by checking out the Weekly Deals section of the site.

You need to register for an account (free), but I imagine they may email you to let you know when the next instalment is available unless you tick wisely.

The first freebie is The War Doctor – The Innocent which was first released in December 2015.

John Hurt returns as the War Doctor as the Daleks mass for one final assault on Gallifrey.

It’s a “full cast audio” which means rather than having a narrator, there are actors in every role. In addition to John Hurt, there’s Jacqueline Pearce as Cardinal Ollistra and even Nicholas Briggs as the voice of The Daleks.

The Innocent was Ollistra’s first appearance, I believe, but then went on to feature in many other Doctor Who stories. 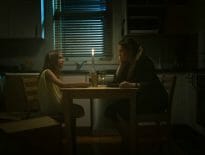 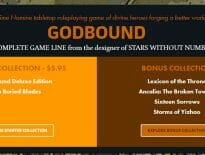