Once a year, companies like Fun.com get to show us inventive product ideas.

There are six this year, and I’m going to list them in order of brilliance.

Why have a tedious but expensive Roomba trundle around your floor in search of dice to eat when you could have the iconic Millennium Falcon instead?

Alf, the last known survivor from Melmac did make a serious effort to eat a lot of cats. I don’t think he ever succeeded.

This umbrella would be useful in the rain. It would also help with social distancing. If anyone got too close to you, you could flap open the umbrella and hiss. The interloper would soon back off.

I worked in an office with a more traditional can crusher attached to the wall. It was very satisfying to use; therefore, people squashed their cans; therefore, we recycled more and took up less space.

Surely that’s a win? A big green win would be even better.

Yeah, but not for kids.

A Slimer slime slide would be much better made for summer parties, swimsuits, beer and barbeques.

I think my fridge does this already, without the fur cosplay. My ideal fridge would focus on stealth first and Star Wars second. Besides, this Wookie would never fit in my Millennium Falcon Roomba!

Oh, and Chaucer? There might be a copying error in Chaucer’s The Canterbury Tales (written in 1392!). In the Nun’s Priest’s Tale a fox tricks a Chauntecleer on ‘Syn March bigan thritty dayes and two’.

Readers took that to mean 32nd of March. That would, of course, actually be 1st of April.

So, it’s possible this 600+ year book is responsible for all sorts of hijinks kicking off to mark the start of April.

The problem? We are given a date, and it doesn’t align to March or April. It’s most likely that the original book said ‘Syn March was gon‘ than ‘Syn March bigan‘ and would, therefore, mean 32 days after March; or the 2nd of May. That does align with the date we’re given. 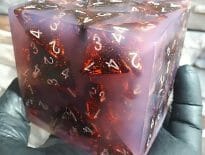 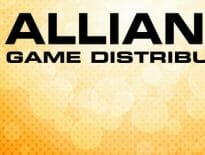