One of the largest tabletop games conventions in the world has been postponed.

If that means you are affected and have questions the convention organisers have created this postponement document (PDF) to try and answer some.

Visitors and exhibitors who cannot attend the new dates will get a full refund of tickets and stand fees.

Travel and hospitality? You’ll have to get in touch with your ticket providers. I’m yet to try this with the con’s official hotel, the Hitlon Metropole but the chain does have an official Coronavirus statement here.

UKGE announced the news on social media and an email to guests, explaining that a postponement was the best way to ensure that a show happened in 2020 and that exhibitors would sustain the least disruption and financial difficulty.

There will be some changes to the format of the event. Usually, UGXE has three large halls at the Birmingham NEC. They will not be free when the event is rescheduled; instead, four smaller halls (9, 10, 11 and 12) will be used.

In a twist of Covid-19 induced fate, this means UKGE will clash with Tabletop Scotland. Tabletop Scotland is a relatively new con but has been well received and, unfortunately, gamers will now have to decide which event to go to.

Update: 19th March – Tabletop Scotland have got in touch with the news they have made the difficult decision to postpone too. In a statement they say that they’ve been talking to UKGE. New dates for Tabletop Scotland are yet to be announced.

Correction. Tabletop Scotland will not be clashing with UK Games Expo. As stated in their press release we are re-scheduling the convention and we have published information on that here – https://tabletopscotland.co.uk/tabletop-scotland-2020-postponed-news/

I’ve updated the post and made an entry into the corrections page https://www.geeknative.com/corrections/

Thanks for getting in touch. 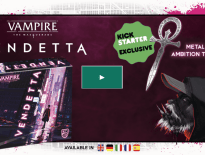 Tabletop & RPGs The battle for Chicago: Vampire the Masquerade &#… 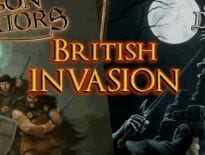