The Bundle of Holding has launched two bundles of classic British roleplaying games.

The second is the Maelstrom bundle, which has also been run before, more recently in September 2017. Maelstrom was originally published by Puffin Books (geek points if you remember them) and now by Arion Games.

Here are the downloads in this bundle;

Pay more than the current threshold price and also get;

Buying these bundles help support the Reading is Fundamental charity. You can access the deal at the Bundle of Holding.

There are five books in the starter collection.

Beat the threshold price to secure;

This bundle helps raise money for the Yorkshire Air Ambulance. You can check it out at the Bundle of Holding. 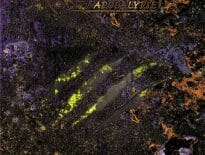