You are here: Home / Games / Tabletop & RPGs / Is this Polish game studio the unlikely winner in America and China’s war against games?

Games are caught up in the American-China trade war. In America, Trump’s Republicans have put a tariff on many game elements, and these include models.

Many Western games have their miniatures made in China. Some games are now 25% more expensive, and we’ve heard horror stories of the price hikes hitting small publishers while their new projects where en route – too late to delay, but not quick enough to beat the sudden protectionism.

Lurches in prices on that scale is the reason I was asking manufacturers technical questions about how and where they had the models made.

A large number of the professionals I talked to at UKGE didn’t know much about the origins of their own minis. This was likely because I was talking to PR and social media representatives rather than COOs and project managers.

Most of the companies I talked to had their minis made in China. Those companies who made their own models did so out of resin.

Archon Studio was different. They had a relatively small stand just on the edge of Hall 2, on the route you’d take if you wanted to dive headlong into Mythic Games and Games Workshop. The centrepiece of Archon’s stand was a skirmish game called Starcide which looked as quick and easy to learn as it did to play.

My eyes, however, were drawn to the shiny block of metal they had casually resting on a corner of the gaming board.

Who else in Europe does their own hard plastic injection

Games Workshop only, everyone else outsources this to China and waits.

Why do so few companies do their own injection moulding?

It’s not easy – gently put. The process is very complex, and there are very few specialists who know how to prepare miniatures for injection moulding technology. And they also are still learning it every day. Basically – everything you have learned while creating metal or resing miniatures is useless when you switch to hard plastic.

Is it really that hard? A speedy session on Google revealed this article from Jim Hannon on how to make your own injection moulding machine.

Making tops for lab vials and creating multipart dark demon from hell with horns in 32mm scale is entirely different kind of a beast.

Is the trade war an opportunity for Archon Studio? Do you foresee expansion as you start to make other games companies hard plastic minis? Or will you be focusing on your own games for now?

I mix of both. We develop our own boardgames and wargame, while taking commissions for 3rd party publishers and developers as well. We keep expanding our machinery park, our capacity grows every month. We are like Sauron

Do you think game companies will find a way around the American tariffs? Cubicle 7, an Irish roleplaying publisher, talked about the benefits of moving their warehouse from the States and to Ireland. Surely war and board game publishers could do the same?

It’s a different thing to wait months for a boat compared to a few days for a truck to arrive from Poland to your warehouse. And it’s much easier to visit Poland than China if you want to shake a hand.

Your next Kickstarter is going to be sci-fi and fantasy terrain pieces, right? Dungeons & Lasers the project is called. What can you tell us about that?

Dungeons&Lasers is a tabletop terrain made of plastic. Interlocking walls and floor pieces which are connected without glue. It allows you to create either a fantasy environment or a science-fiction one. Project is fully compatible with all major RPG titles and comes with loads of freebies on Kickstarter this summer!

The best miniature company ever!

Is this Polish game studio the unlikely winner in America and China’s war against games? 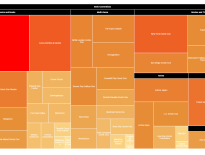 Geek Stuff Which are the largest geeky conventions in the wor… 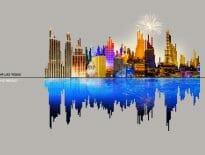