You are here: Home / Games / Tabletop & RPGs / Free to Download: R. Talsorian Games makes Teenagers from Outerspace free for a while

The company helmed by Mike Pondsmith and responsible for games such as The Witcher tabletop roleplaying game and Cyberpunk Red have just made their anime classic Teenagers from Outerspace free until the end of the month.

Designed by Pondsmith and illustrated by Daniela Durisotto, the 130-page download looks and feels like flicking through an old manga. There’s even an introductory comic.

Teenagers from Outerspace explains the genre and then character generation, providing a batch of pre-genned PCs if you’re in a hurry to get going.

The system is simple, rolling d6 and adding it to your stat to hit a challenge number set by the Ref/GM or beat a rival.

The game is a comedy and has a whole section of how to inject some humour into your roleplaying.

There’s also a pre-written adventure in the download which, er, sets the tone for some of the game. It’s called “The Luststone”, watching John Woo action-flick is part of the GMs recommended research. A sidebar in it notes;

If you really wama throw in a politically correct twist. you can change Princess Karma to a totally buff anime studmuffin. But we wam you, most women are too smart to run all over town chasing a flying rock Just to get a date.

Teenagers from Outerspace dates back to 1987, and it contains, I think, an early example of the ‘Distracted Boyfriend Meme’.

Tempted? You can download the anime RPG from DriveThruRPG.

Update: 17th March – The post originally dated the RPG as 1997 (which is the copyright on the cover) however Wikipedia says the first edition came out in 1987.

Free to Download: R. Talsorian Games makes Teenagers from Outerspace free for a while 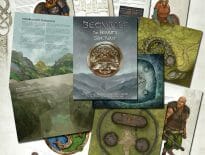 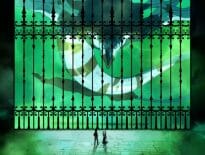