You are here: Home / Games / Tabletop & RPGs / Red Thread of Fate, the tabletop game about lovers, finally launches on Kickstarter

Update, 15th March: Red Thread of Fate has been suspended, this time due to the Covid-19 pandemic.

Sometimes destiny becomes tangled or broken, and what was supposed to happen does not. That might describe Chaosium trying to lunch Red Thread on Fate on Kickstarter, or it might explain why two lovers fail to meet as intended.

Now, though, this Japanese-inspired tabletop game about destiny and love is live. Chaosium is looking for $25,000 to fund, and they’ve given themselves 21 days to do it. You can keep track of progress online.

Red Thread of Fate is a cooperative storytelling game. You have henge characters, dice rolls to see if you succeed but the gameplay is all about telling a story together.

A pledge of US$25 (about £21) is required for the basic game, and you’ll have to pay shipping costs too.

You might not have many games that use 11th-century Japanese poetry as inspiration. It’s worth noting that Nobuaki Takerube, a Japanese game designer, acted as a cultural adviser on the project. This is important because the Red Thread of Fate is essentially coming from an American company looking to make some money.

The designer is Pedro Ziviani, a Brazilian-Icelandic game designer, and winner of the 2017 Game Chef Award prize for “Once Upon a Full Moon”.

Red Thread of Fate, the tabletop game about lovers, finally launches on Kickstarter 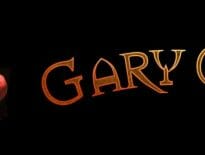