There’s no shortage of significant news from the gaming giant Asmodee at the GAMA trade show. The Star Wars RPG, Genesys and Legend of the Five Rings RPG have will continue, with Asmodee moving then from Fantasy Flight Games to Edge Entertainment.

Asmodee USA is also transforming itself into a full distributor, carrying other people’s games and adopting a model the company already widely uses outside of America.

As a result, thousands of games stores in America can now order games directly from Asmodee, even if they’re not an Asmodee game. One of the first non-exclusive games Asmodee US is handling is Exploding Kittens which it will begin to distribute this summer.

As a result of the changes, Asmodee will no longer be working with Alliance Game Distributors.

However, Asmodee is not making itself its own exclusive distributor of its own games. They’ve appointed ACD Distribution as a sub-distributor.

In an interview with ICv2, Andre Kieren, Asmodee Head of North American Distribution, explained why;

I think as an American, born and raised here, when we, more than any other culture that I’ve encountered… get told what to do, it rankles in a way that it may not for some other cultures,”

It’s expected that the changes will be beneficial for Asmodee’s customers (the shops), but there will be changes in prices as credit terms are re-done, freight costs vary and even with updates to wholesale pricing.

[W]e think the switch will be advantageous,”

We plan to honor the flagship program. That’s our going-forward strategy. That’s the silver, gold, and platinum tiers, where retailers are rewarded for growing their business with Asmodee’s line by getting better discounts. Also, we’ve developed, since [Head of Marketing] Ruby [Nikolopoulou] joined the team (which has been over a year now), some trade marketing programs, which we think are quite advantageous: the Bestsellers program, AsmoPlay, and AsmoDemo. For stores that participate in our Bestsellers program, they will also receive free shipping and no minimum order.”

These changes are behind-the-scenes for most tabletop gamers, but they are still significant. Games will now ship from different locations, lead times may change, and new business deals struct. Asmodee has opened two distribution centres in the States as part of this plan; one in Minneapolis and the other in Atlanta.

ICv2 asked whether or not other games companies might be reluctant to let Asmodee distribute their games. Would there be the suspicion that Asmodee would favour their own titles? Kieren responded;

The way that I’ve talked to both retailers and also potential publishing partners is we’re very focused on sell-through, not sell-to. If I’m selling through, it means I want to make sure that the retailers are buying product that they can sell on to consumers. They’re not decorating their store with items and getting stuck with inventory. The reason why is because retailers are selling them. For me, it’s a part of our hybrid model.” 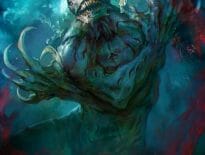 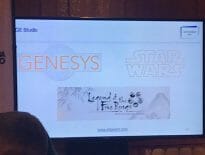