Late last week, the news broke that the publisher and bookseller Penguin Random House had a page for a D&D campaign setting that had yet to be announced by Wizards of the Coast.

Penguin Random House pulled that page very quickly, but not before the internet confirmed it was for Theros, an established Magic: The Gathering setting and even found this creepy trailer for this year’s Theros expansion.

Now Amazon.com is taking pre-orders on Mythic Odysseys of Theros.

Clash with the gods of Theros in this campaign sourcebook for the world’s great roleplaying game.

Play DUNGEONS & DRAGONS in the MAGIC: THE GATHERING world of Theros—a realm shaped by the wrath of gods and the deeds of heroes, where champions vie for immortal favor and a place among legends.

• Rise above the common throng with SUPERNATURAL GIFTS, abilities that give you remarkable powers that set you on the path to legend.

• Explore Theros as a SATYR or LEONIN—mythic cat-like heroes from Magic: The Gathering. Mythic Odysseys of Theros introduces these races to fifth edition D&D for the first time.

• Master new powers with Magic: The Gathering-inspired SUBCLASSES like the Bard’s College of Eloquence and the Paladin’s Oath of Heroism.

• Encounter MYTHIC MONSTERS, creatures whose power and renown are such that their names are truly living myths.

• Wield the weapons of the gods—five signature artifacts used by Theros’s deities.

• Created in 1974, D&D transformed gaming culture by blending traditional fantasy with miniatures and wargaming. Fifth edition D&D draws from every prior edition to create a universally compelling play experience.

Amazon puts the delivery date at June 2, 2020, which is a little later than the unannounced May delivery date Penguin Random House had.

There’s no sign of the book yet on Amazon UK. However, Amazon Brazil appears to have a knack for listing D&D products early and you can pre-order with Brazil too.

In the meantime, if you usually order from Amazon US then you can do so here and grab a copy of the book. 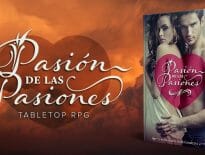 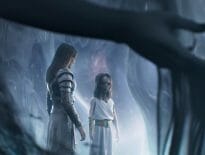 Tabletop & RPGs The creepy cinematic for D&D next official se…
wpDiscuzComment Author Info
Manage Cookie Consent
This site uses cookies 🍪, and links are ads that may earn bloggers some money 💰, and with this alert, I very much hope that these dark truths 🧌 are acknowledged.
Manage options Manage services Manage vendors Read more about these purposes
Preferences
{title} {title} {title}
Loading Comments...