You are here: Home / Books / Comics / Session Zero: A review of Dryad

Rat Queens is still on my to-read list, and so this review will not be a contrast of the two. I can, though, see why Wiebe’s style is popular.

The first line in Dryad is;

I think he’s done another poo”

He had. We get a look at the mess a few panels down.

I must admit. This was not the start I was expecting, or hoping for.

Fortunately, issue one feels like session zero of a roleplaying game. We’re setting things up here, and the real adventure is yet to begin.

Together they’re making their way through the forest, to get away from the city for the safety of the kid, but it’s clearly not territory they’re familiar with.

We don’t get to find what’s wrong with the city, although I think many parents today could empathise with the idea of just getting young kids away from the city, no matter which city it was.

However, we know from Wiebe’s press comments back during the comic book’s announcement that parents protecting the kids – as they end up having a daughter too – is essential;

While Dryad is a deep study of family, it’s primarily a story about what parents do to protect their children and what lengths they would go to keep them safe. Dryad is also equal parts mystery and action with a few sizable twists and turns to keep readers on their toes,”

Indeed, our two exploring parents first find a ruined temple that’s interesting enough to catch the attention of the academic. Then, when we think we’re in for a standard monsters-in-the-temple encounter, they find Frostbrook.

Frostbrook on the surface appears to be a sleepy town where (as stated often) nothing much happens. Once that hamlet is discovered, we skip ahead a dozen years and to when the kids are old enough to explore on their own.

I said Frostbrook is sleepy on the surface? The test combat encounter comes from dealing with a giant insect that’s run off with an old woman’s dog. There’s a tunnel, in the dog owner’s basement, to a monster riddled dungeon. She doesn’t want to brick it up as it’s part of the town’s history.

I dare say we’ll loop back to that apparently decorative scene later and explore those dungeons.

The main focus of the Dryad’s attention, in issue one, is back up at that ruined temple. It’s here we learn a bit about the world; God has abandoned it, and there is no magic.

The people that built the temple, too, are long gone. No one knows why.

Needless to say, it’s when the kids explore the temple by themselves that session one comes to an end, and the campaign is ready to get going.

It’s carefully paced, managing to get plenty of action in, while also presenting Frostbrook as the sleepy little haven that has been sheltering the family for the last decade.

Kurtis J. Wiebe is absolutely a talent. That mix of action/sleepy is hard to pull off. However, newcomer artist Justin Osterling is a significant factor in Dryad’s success.

The art in the comic book also manages to get the mix of melee and tranquillity absolutely right. There’s both at the same time. It’s this that makes the dramatic reveal at the end of the issue so successful.

It’s a promising start for Dryad but, just as with a session zero in an RPG in which you’re setting up backgrounds and introducing characters, we’re yet to see anything of the adventures that are to come. It’s still all to play for.

You can pre-order Dryad #1 and #2 on Comixology already.

Geek Native’s copy of Dryad was provided for review.

Are you reading Dryad too? What do you make of Oni Press’ latest fantasy series?

Session Zero: A review of Dryad 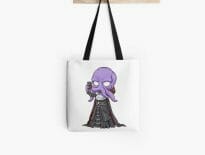 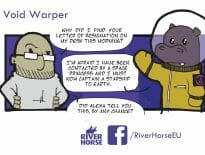