Bad Idea is a new comic book publisher, and it’s made up from a bunch of ex-Valiant Entertainment people. Dinesh Shamdasani and Warren Simons, who share the titles of Co-CEO and Co-Chief Creative Officer. Shamdasani was CEO and CCO at Valiant until the DMG buy-out.

The first comic book from the publisher is ENIAC #1, written by Matt Kindt and illustrated by Doug Braithwaite.

ENIAC stands for Electronic Numerical Integrator and Computer, and that’s the world’s first supercomputer. In the alternative reality of ENIAC, the Nagasaki nuclear bomb was not dropped on President Truman’s orders, but on ENIAC’s.

Two covert operatives find themselves appointed as humanity’s champions and are tasked with killing ENIAC.

Sound like a tempting set up? Here comes Bad Idea’s big gamble. You can’t get this comic book in digital format. There are only 20 comic book stores where you can get them. We don’t even know where those shops are.

Bad Idea’s mantra is “don’t do anything unless it’s special.” This appears to be only doing a limited number of series at any time, get respected and talented creators on each project, not to do variants, no trade paperback, hardcovers or other bookshelf formats.

If you want the comic book, then pay $3.99 at one of the selected stores. That’s your only way.

That said, Bad Idea is hoping to increase the number of comic book stores taking part from the original handpicked 20 to 50.

It sounds laudable and commercially unsustainable at the same time.

It’s laudable because I can see how this would bring the wonder back to comic books; items to enjoy the anticipation for and to cherish once they arrive.

However, if between 20 and 50 comic book stores (presumably all in the United States of America) are selling these rare treasures for a fixed price of $3.99 then how can Bad Idea make money.

I can see how the ebay resellers will make money, but that’s not the same thing. There will be hype, loyal fans and all sorts of approval for a new take in an increasingly monopolistic distribution environment, but does that pay for Bad Idea’s artists?

We’re going to find out! 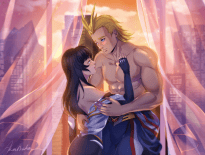 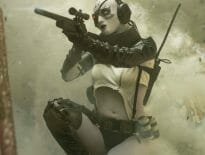