You are here: Home / Books / Comics / Oni brings Titan to the USA

The story picks up as MNGR First Class João da Silva reaches the moon of Titan, ready to take on the leadership of Homestead Station and quickly realises that the colossal mining colony is simmering hotbed of tension.

There’s a conflict between the Terran management and the giant and genetically-engineered workers known as Titans.

We also follow Phoebe Mackintosh, who thought she had been able to move on from her fighting days but now, as the tensions rise, finds herself caught.

Together da Silva and Mackintosh have to find a way to calm the anger at Titan or risk the moon becoming the flashpoint that ignites the galaxy.

The Portland-based Oni Press is bringing the novel to the USA for a release in September.

François Vigneault was asked about the relevancy of Titan’s plot to the political tenses evident today.

Science fiction typically does a terrible job of accurately predicting the future, but it has always been a great way to explore contemporary anxieties (just ask H.G. Wells). Titan is my attempt to write a fun, exciting sci-fi story, but at the same time maybe it can be some food for thought as we head into the election, and beyond.”

Editor Grace Bornhoft reflected on why Oni was picking the graphic novel up for American distribution;

Titan grabbed me in the first few pages. I immediately recognised that it had all the elements of a gripping sci-fi thriller, but it was the story of the tension between the exploiter and the exploited that sets this book apart.

You can check out more of Francois’ art over at their website and, if you’re lucky, catch the occasional original art offering on Etsy.

Oni brings Titan to the USA 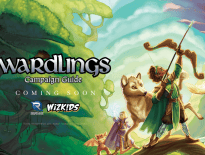 Tabletop & RPGs The Wardlings RPGs gets a release date 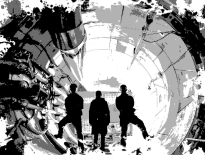