I’ll talk a little bit more about the blog carnival at the end of this post but, for now, the main thing is that you will find links to other RPG bloggers writing about random encounter tables in the comment section below.

An initial dislike of encounter tables

For the first decade of my life as a Gamemaster, I was not too fond of random encounter tables.

The premises of the tables are simple; roll some dice and then unleash the matching scene on your players. As a rule of thumb, you had no assistance for the scene, just a headline concept and that was often implicitly a combat one.

For example in this sample table (no one would ever use this), you might run with “1d4 ogres attack”, reach for your monster manual and watch as your players spring into defensive action.

My problem with the random encounter tables wasn’t so much that I was anti-combat but that without any context they could create huge, annoying and ultimately frustrating red herrings for the players.

For example, let’s say the group of adventurers are exploring a dungeon complex they found via a secret door while staying in the local lord’s mansion. You decide they’ve been down there long enough that there’s a chance for a random encounter, roll those ogres and then before you know it, your players are concocting theories about how the ogres got in and who’s been feeding them. They could conclude the local lord is secretly building an army or all sorts of other non-trivial and plot impacting conclusions.

The players might be wrong, but the question remains; how did the ogres get in the abandoned dungeons?

As is often the case with roleplaying games, it was a great gamemaster who showed me a better solution.

I call these dynamic encounter tables. The first thing to do is decide, as the GM, is whether the players are currently in an area, at the right time, for something dramatic to happen. That’s up to you.

That’s not the same thing as “how likely is something to happen”. You can replicate that by rolling more frequently on the dynamic encounter tables.

The more something dramatic might happen is; the more d6 you roll.

For example, trying to cross through bandit infested wildlands might mean a 3d6 random encounter roll. You’re rolling because the PCs have decided to take a dangerous route, but you know there’s nothing there that could re-write your story arc.

You might roll 4d6 if you happen to know a former baron, expelled from his lands by the local lord, is actually a leader of one of the bandit gangs. Meeting him would make for a remarkable encounter.

A campaign affecting roll of 5d6 means that you know the players might, somehow, encounter a princess from a neighbouring kingdom who has run away to marry their local lord and she might need to be rescued. If this encounter does happen, it marks the start of the Border Wars. You would never decide to roll 5d6 unless you were prepared for that chance encounter to kick off and it would be one you made in advance, perhaps with the intent on using it later.

The critical thing here is that you must have an idea of your story arc and exciting events that might happen in the future.

This transforms the ‘random’ aspect of encounter tables into one less about which monsters the PCs encounter and into more about the interplay of luck and fate.

But how do we get the tables to work?

When you (or the players) roll your handful of d6s, you are looking for pairs, sets of three, four, five or more. The more dice that roll the same number, then the more significant the encounter.

So if you roll two 3s then that’s a mild encounter, but if you manage to roll six 4s then you’ve triggered an epic level encounter. You can use the same scale as before to determine the strength of the encounter, starting at 2 for ‘mild’ this time.

The value of the matching sets determines what the encounter is. Here’s a default encounter table we might make for the campaign concept we’ve been using in this post.

If we had rolled two 3s, then, that would be a mild animal encounter. Perhaps the PC’s ranger noticed the group was being tracked by a pack of especially large wolves.

As you can see, dynamic encounter tables still require you to have some more significant events planned in advance (and if you don’t have them ready; don’t roll more than a few d6s). They also require you to be able to adlib a suitable scene from the prompt given. If you roll three 3s and get a human criminal encounter, you still have to work out what that means. In our example, it’s probably the bandits.

You can do yourself a favour and design a bunch of custom tables in advance of the campaign. In fact, you can tailor them to the different areas or eras of your story.

You could even allow two matching faces to trigger an encounter. For example, you might decide that 2 threes are enough to encounter bandits while crossing the badlands.

Alternatively, you might want to keep some numbers sacrosanct. For example, you could decide that matching 6s always means something magical has happened.

I think you’ll see how simple the system is. Assign types of encounters to different faces of dice and then the more dramatic the situation then increase the number of dice rolled.

That core concept can be then adapted to your whims, as all good rules are.

This post kicks off Geek Native hosting the members of the RPG Blog Alliance in a Carnival.

The Carnivals have been running since 2008 and, each month, one blog acts as a host with the first post on a theme (random encounter tables, this month) and other blogs joining in.

At the end of the month, or perhaps just into February, Geek Native will compile all the participant posts into a single list for easy access.

If you’ve written a random encounter post, then let us know about it in the comments below. Please be aware that unless you’ve already had a comment approved on Geek Native that your comment will go into a moderation queue.

Thanks for a fun topic this month! I love random tables. (Maybe too much? :) ) Here’s my approach to creating a random writing prompt for an encounter — https://moebiusadventures.com/little-bits-of-randomness-carnival-jan-2020/

Please keep up all the amazing work that Geek Native publishes and encourages in the community!

Thank you! That’s a neat little brief for the marines in your post too. Readers might also want to check out your post for a link to a handy random moon name generator.

Thanks for the link! I think readers will like discovering how one single dice roll killed off an entire game! Brutal! :)

Hi Everyone !
My table is more an encounter table of the social kind :-)
https://osrdread.blogspot.com/2020/01/diyosr-d10-table-who-profits-from.html
There are a few other random tables on the blog (but not realy encounters), so have a look at the D66 Tables there :-)
I love the carnival !

Great table and one that’s applicable for quite a few story twists and turns, I suspect!

Hi,
My table is fairly specific and more about determining the origins within the setting of random NPCs or characters you meet rather than randomly encountered events per se. You can check it out at: https://expandingfrontier.com/2020/01/worlds-of-origin-for-star-frontiers-races-part-1/

It’s an idea that’s been kicking around in my head for a while and this carnival prompted me to get it started.

Thanks for sharing and for explaining your thought process for putting it together. I like the “one and done” approach. 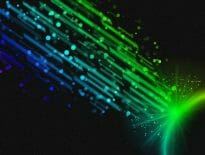 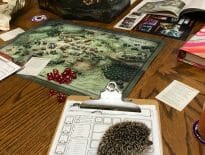