Cubicle 7 has taken the wraps off a brand new Archetype for their forthcoming Warhammer RPG set in the Age of Sigmar. Players will be able to have Hag Priestesses of the Daughters of Khaine as characters.

Accompanying the Hag Priestess reveal is some incredible artwork by Clara-Marie Morin.

About the Hag Priestesses of Khaine

Hag Priestesses are plucked from the Witch Aelves by Morathi the Hag Sorceress of Ghrond. She picks the most zealous or bloodthirsty of the Witch Aelves usually and then whittles down that selection with a series of bloody and dangerous trials.

Those Hag Priestesses that make the final cut can call down the anger of Khaine, are masters of poison and wield blades coated in their dangerous creations.

The dark arts that the Priestesses use mean that they might look young but live for thousands of years. The ultimate goal of these near-immortals is to become a Hag Queen herself.

Becoming Soulbound frees the Hag Priestess from the deep to complete those dark rituals to keep her immortality. However, it’s Morathi who decides whether or not a Hag Priestess gets to join the Soulbound and so this newfound freedom is not without its limits. That said, Cubicle 7 also says that the High Oracle of Khaine may also create Soulbound Hag Priestesses, failing to inform her that in accepting the position she will likely be expelled by Morathi.

You can read a little more about Hag Priestesses over at Cubicle 7. 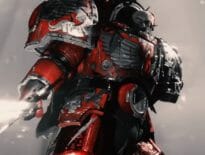 TV Warhammer: Angels of Death animation now has a tra… 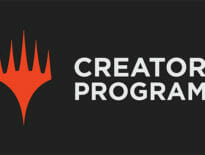 Online Shows Wizards of the Coast partner with StreamElements a…
💰 Copper Coins 💰 Geek Native is an affiliate and may earn commission on purchases you make from third-party sites.
🍪 Privacy & Cookies 🍪 The site uses cookies to survive. By accessing the site, you agree to use your browser to control cookie use or take 1d4-3 privacy damage (tracking). If you defeat cookies via ad blocking, please consider the Patreon. An intro to cookies, and how to control them, can be found here. I Manage Cookies