You are here: Home / Games / Tabletop & RPGs / Why emotion is the new frontier for TTRPGs

A few weeks ago, Geek Native surfaced the zombie RPG that doesn’t need a GM. The Creeping Rot. You can download it for free from Itch.io, if you want and discover a new take on the genre.

The Creeping Rot’s designer, B. Everett Dutton, has just released Alone Among the Derelicts which is a solo RPG.

Kindly, Dutton offered to share their thoughts on game design with Geek Native.

Why emotion is the new frontier for TTRPGs

From a certain point of view, all art is abstract. There is an innate human instinct to take our observations and experiences and break them down to their bare essentials. This is, I think, because those bare essentials are easier to grasp, understand, and play around with. Tabletop role-playing games, as a form of art, are no different, and their unique magic stems from their ability to take our make-believe stories and lend them tangibility and believability through abstraction.

Tabletop wargaming came into being as an abstraction of combat. Wargamers took historical and fantastical battles and broke them down, using numbers and chance and figurines on a map to make the chaos of war into a digestible game. Chainmail evolved into Dungeons and Dragons by simulating individuals instead of armies. D&D said that a fighter, a cleric, or a magic-user could have their unique abilities represented with STR and DEX and INT, their expertise expressed as a level, their potential for success or failure represented with dice rolls. Your average, classic tabletop games – your Pathfinders and GURPSes and Call of Cthulhus – can trace their lineage back to this specific system of abstraction.

Of course, Dungeons and Dragons, despite all its fleshed-out representations of sword fights and daring, had its blind spots. The complex concept of race in D&D boiled down to “certain races are innately, statistically worse at certain things”, which is fishy even with a thin layer of “it’s about dwarves and elves” to separate it from reality. AD&D represented the existence and lives of sex workers with a rather dehumanizing random harlot table. Many of today’s tabletop RPGs still borrow liberally and uncritically from Dungeons and Dragons, and it would take an entire, separate post to cover how those blind spots still crop up as vestigial quirks of design.

One of Dungeons and Dragons’ major omissions is the exploration of emotional experiences through gameplay. To this day, D&D continues to iterate on itself while still focusing almost entirely on physical combat. Wizards of the Coast increased the complexity of its combat mechanics up through 3.5E, then completely rehauled and centered them in 4E, before scrapping and redesigning them again with 5E. Its d20 siblings like Pathfinder, its longtime competitors like GURPS, and the OSR games which emulate its older editions tend to brush over emotional content as well, aside from the occasional oversimplified and ill-conceived “insanity” mechanic that crops up in Lovecraft-inspired games. Of course, those insanity mechanics look harmless next to complete misfires like the bafflingly complex TMNT insanity table, in which the trauma of combat induces forms of neurosis, such as becoming gay. (I’m not exaggerating how strange this is, trigger warning for pretty much everything.)

The indie TTRPG scene, on the other hand, is brimming with smart, innovative designs based around the mental, emotional, and social lives of individual player characters. Buried Without Ceremony’s critically acclaimed Monsterhearts lets players roleplay as teenage monsters in high school. Its mechanics, based around connection, romance, and manipulation, allow players to pull interpersonal “strings” to change the course of the narrative, roll to turn other characters on, and define their character’s “Darkest Self”. The fairly standard character classes and dice rolls in Monsterhearts come together with fresh and intriguing themes to form a unique, envelope-pushing game. From its homepage: “When you play, you explore the terror and confusion of having a body that is changing without your permission.”

Indie TTRPGs are also creating entirely new gameplay loops by examining group emotional experiences. Jason Brown’s House & Home places four players in the shoes of a family moving house. Brown centers his game around blueprint-drawing. As players gradually define the space that the characters will call home, they are encouraged to answer questions about their history, their thoughts and feelings about the move, their apprehension and curiosity about the new neighborhood, and more. House & Home is as much of a tabletop role-playing game as Dungeons & Dragons, but in placing its focus on the inner lives of ordinary people and designing gameplay around the abstraction of those inner lives, it becomes a completely different and arguably more compelling animal.

Marginalized TTRPG creators are drawing from their lives to create some of the most interesting games out there. Dish Pit Witches by Fenced Forest casts the players as queer witches working a minimum wage job. The author, Blake Stone, works off the double meaning of GM (game master/general manager) to create a clever dynamic where the GM is actively hostile to the powerless players, mirroring the lives of low-income workers – queer ones in particular. Viewing real-life struggles through a fantastical lens is a great starting point for fascinating tabletop RPG design.

I have tried to draw from the well of emotion in my own work, as well. For a while now, I’ve lived with my partner, who often uses spoon theory as a way to explain living with chronic pain, chronic fatigue, and mental illness. According to this metaphor, spoons represent the limited amount of energy a person has to distribute between necessary daily tasks before becoming burnt out. The amount of spoons one has is decreased by pain, depression, brain fog, an unclean environment, a stressful job, and so on. A given daily activity requires a certain amount of spoons, spoons can only be replenished through adequate rest and care, and there are almost never enough to take care of everything. Every day becomes a rather un-fun game of resource management.

I adapted this model into game mechanics for my zombie survival game The Creeping Rot, changing spoons to pools of dice, with the intent of making a unique tabletop game my zombie-enthusiast partner would relate to and enjoy. To design a game that was mechanically interesting, it was essential to listen to someone gracious enough to explain their experiences with mental illness, poverty, and disability, and how those experiences made them feel.

I believe the future of tabletop RPGs rests in the exploration and abstraction of the inner, emotional self. By taking our internal monologues, our successes and defeats, and breaking them down into tropes, symbols, and mechanics, we can create games that are more impactful than simple dungeon crawls. We can express to others, through the ancient ritual of play, the stress of poverty, the euphoria of accepting oneself as queer, the awkward struggles of teenage love, the bittersweet feeling of finding a new home. I enjoy demon-slaying and gold-hoarding as much as any tabletop roleplayer, but the next generation of games that fascinate us and stimulate our imaginations can and should focus on matters of the heart.

B. Everett Dutton has been a punk show t-shirt illustrator, chipthrash album art designer, childcare database administrator, non-profit organization receptionist, business meeting transcriptionist, late night gym janitor, let ‘s-player, and Applebee’s waiter, but has never enjoyed anything as much as game design. You can find their games (analog and digital) at frogappreciator.itch.io, and hear their thoughts (confusing and often unnecessary) at twitter.com/frogappreciator.

Why emotion is the new frontier for TTRPGs 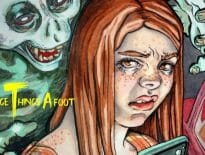 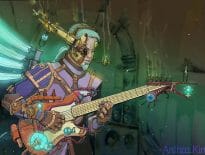