Ubisoft have been fairly upfront that a key tactic for this year is to get Assassin’s Creed 3 ready, stocked and sold as quickly as possible.

Thanks to some careful domain watching we can now guess with a strong degree of confidence that the game will be called Assassin’s Creed: Brotherhood.

How come? Ubisoft have registered the domain name AssassinsCreedBrotherhood.com. Credit to Superannuration for the catch.

The big change may be multiplayer.

“We have a new Assassin’s Creed that we expect will be a very high quality product that as well as an offline component will have a multiplayer component,” 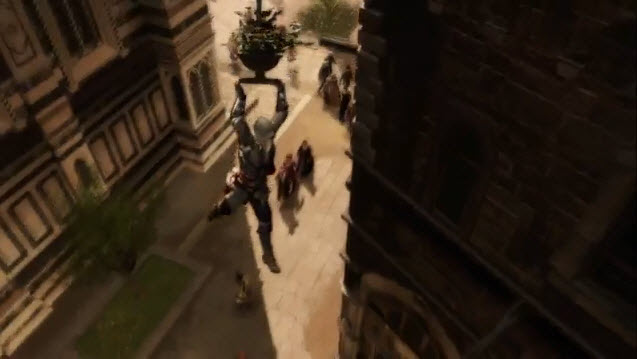 time to read: 1 min
Console Halo Reach – Carnage Carnival – discus…
Movies Cloverfield 2 – the secret trailer debate
💰 Copper Coins 💰 Geek Native is an affiliate and may earn commission on purchases you make from third-party sites.
🍪 Privacy & Cookies 🍪 The site uses cookies to survive. By accessing the site, you agree to use your browser to control cookie use or take 1d4-3 privacy damage (tracking). If you defeat cookies via ad blocking, please consider the Patreon. An intro to cookies, and how to control them, can be found here. I Manage Cookies