Mage Hand Press is in the RPG Publisher Spotlight this month, as voted for by Geek Native’s patrons.

This little studio has earned the trust and support of many gamers through hard work and quality products. I’ve been lucky enough to talk to Mage Hand Press’ Mike about the company, about what “quality products” actually amounts to and about how the company started off as the Middle Finger of Vecna.

It’s speculated that Vecna, the lich-god from Greyhawk, might play some role in the forthcoming D&D movie. We chat about that too.

Who are Mage Hand Press?

Mage Hand Press is a group of writers and gamers using pseudonyms related to Vecna’s hand. There’s The Finger, The Knuckle, The Nails, The Palm and The Thumb. Mike and Ben, who front the group’s videos, are collectively known as the digits.

Generally, in an RPG Spotlight article, we like to peer behind the curtains a little and discover the talents behind a company. Not in this case. Pseudonyms are used for privacy, and that will be respected. Besides, it’s kinda cool!

What’s the origin story for the Middle Finger of Vecna and Mage Hand Press? What came first? When? Who? How :)

You know how it is: A new edition of D&D comes out, so you write a few archetypes for your friends and host them on a blog, then Reddit notices the blog, so you have commenters and decent traffic, and you keep things up until a Patreon and Kickstarter are necessary to sustain the enormity of your once-amateur project. It’s weird how much things have spiraled upwards.

We started out with the blog Middle Finger of Vecna, and largely rebranded into Mage Hand Press when we started publishing seriously. The OGL tends to frown on the name Vecna, you see. We still keep the old logo, a stylized hand holding an eye, the titular Mage’s Hand, an homage to that unnamed lich.

In your Patreon video, you talk about dedication to high-quality Fifth Edition products. What do you think makes a D&D supplement a high-quality one?

Equal parts balance and imagination. Plenty of people can bring one side of this equation or the other — a meticulous, mathematical approach, or an engaging vision of a character — but it’s rare to do both well. But like with all things in game design, both of these approaches are in service of Fun, the only thing that really matters at the end of the day.

Our player options. We’ve written literally hundreds of subclasses and a dozen base classes for 5th edition. If there’s a type of character or theme you wanted to bring to 5e, chances are we’ve written it and put it online for free with a PDF.

Which of your books do you think gamers should check out first to get a good idea of the work you do?

You debuted Dark Matter at PAX Unplugged this year. That was your first Kickstarter. How did it go?

Surprisingly well! You always expect problems and delays with Kickstarters (and we had a few of those), but wrapping things up before the end of the year counts as a win in my book. The book came out beautifully, and people have really enjoyed playing it.

Why bring D&D to space?

Who doesn’t love space? It can be frustrating to migrate a new group to a system tailor-fit for science fiction antics, and nearly all of the contemporary alternatives are harder to pick up than D&D 5e. Fifth edition is just a great system. So, we made Dark Matter for people want to shake up their regular D&D games with a big comprehensive supplement. Players can still play anything they normally would in 5e — the book is sci-fantasy at its core — so it slots in with very few problems.

What was the journey from launching the blog to running an international Kickstarter like? What were the interesting discoveries?

We’ve learned a lot! Most of the discoveries we made seem obvious in retrospect: design your book graphically to print from day one, try to optimize the number of pages you include in your book to print cheaply, plan for twice as much budget than you expect for copyright attorneys, double the expected time it takes to do anything, and expect lots of delays when working with printers.

The last and most important lesson we learned is that our fans are on our side. When our first printer dropped our project entirely out of the blue, we needed to start searching for a new one from the ground up. I expected major backlash for the delay, and instead, our backers were fantastically understanding.

Your Patreon looks amazing and has attracted hundreds of backers. Why do you think Mage Hand Press has been so successful?

I think the answer is simply: we always release /something/ every month. You can get a flood of quality D&D stuff on our Patreon for a dollar, so most everyone who gives us a try sticks around. Lots of people have told me that I should charge way more for the Patreon, but I prefer it this way: almost anyone can join and discover all we have to offer.

Vecna and the D&D movie

It’s only a rumour, but if the D&D movie does introduce Vecna to the masses, then the company formerly known as the Middle Finger of Vecna would be in an exciting position.

I had to ask about it…

The D&D movie is rumoured to feature the Eye of Vecna. Do you think that could give you a big boost? Or are you worried about attack lawyers from Wizards of the Coast?

I’ve been waiting for Wizards of the Coast’s infamous team of ninja-lawyers for years. They’ll never take me alive! I’ve lined the windows and doors with booby traps, and thrown d4s haphazardly in the halls. I would like to see them /try/ to C&D me!

In all seriousness, I’m excited for the D&D movie, and I don’t think the ninja-lawyers will come knocking on my door. If they do, there’s some very easy and inexpensive changes we can make to mollify them. If they don’t (and the rumor turns out to be true), we might see a modest boost in google traffic.

Have you seen any of the earlier D&D movies? What did you make of them? Do you think the next one might be better?

I have! They’re universally awful!

D&D movies could learn a lot from the new Jumanji movies (or, for a more dated reference, from the movie Gamers 2, Dorkness Rising): they should create a movie which acknowledges and has fun with the interplay between characters and players. Not only is that relatable (nearly everyone plays videogames, after all), it’s also pretty uniquely Dungeons and Dragons. Even Stranger Things dabbles with D&D from this angle. Instead, I fear that they simply want to recapture the epic fantasy genre of Lord of the Rings or the CGI mayhem of the Warcraft movie.

Over at DriveThruRPG we can see what Mage Hand Press’most recent publications are.

You can also sort Mage Hand Press’ own store by newness for an even fresher product list.

There is plenty more content supplied by (and sometimes exclusive to) Mage Hand Press’s Patreon.

Are you a Mage Hand Press fan? Let us know why you like them. 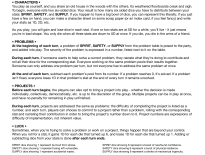 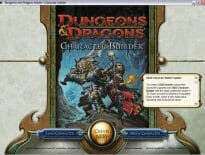