Evil Hat is an RPG publisher that takes inclusivity and diversity seriously. They’ve published the Fate Accessibility Toolkit at their own risk and were at the front of the RPG industry’s concerns over Kickstarter union busting.

So, I had to look twice when I saw they had announced Thirsty Sword Lesbians.

It’s not April 1st. It’s not (I don’t think) a male fantasy version of lesbian warriors either.

Evil Hat describes the RPG with “Love, swords, and adventure” and is designed by April Kit Walsh.

Thirsty Sword Lesbians battle the Lady of Chains when her enforcers march down from the frosty north. They rocket through the stars to safeguard diplomats ending a generations-old conflict. Even when swords are crossed, they seek peace with their opponent—and sometimes connect more deeply than anyone expects.

The publisher says that Thirsty Sword Lesbians will be a roleplaying game for telling queer stories with friends. It’s a game for readers who enjoy angsty disaster lesbians with swords. I’m sensing a touch of emo, here.

Evil Hat has not yet released an image for the game. The picture featured here is a Creative Commons piece by Yamino called Rosalie and Oscar. The search for an appropriate image under Creative Commons to use to illustrate a game called “Thirsty Sword Lesbians” was as you imagine it would be. It illustrates precisely the preconceptions Evil Hat are inviting with the title of their game.

The RPG is not a Fate game, it’s going to be Powered by the Apocalypse. There will be nine character types; Beast, Chosen, Devoted, Infamous, Nature Witch, Scoundrel, Seeker, Spooky Witch, and Trickster. Also, there will be variant rules for emotional connections, setting elements and different identities and a worksheet for custom scenarios.

Thirsty Sword Lesbians will also have rules for flirting, sword-fighting and zingers for both narrative drama and player safety.

The current logo for the game includes a pair of stylised lips as well as a sword.

Interested? The game is in playtest now and will be until the end of February 2020. You can sign up here.

Hey, just thought you might wanna link to the artist, or at least credit them for that image. https://www.deviantart.com/yamino

Makes an awesome comic called Sister Claire that I should really catch up on (it’s been years) so thanks for reminding me I guess :P

Hi! Absolutely! There’s a whole paragraph about Yamino providing the art, and a link, in the article and then I link again at the bottom of the page! 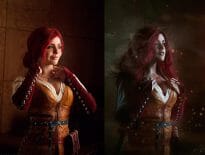 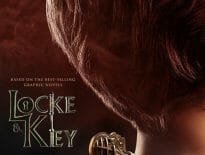