You are here: Home / Games / Tabletop & RPGs / Award-winning City of Mist returns to Kickstarter for a Starter Box edition

The double ENnie superhero RPG of gritty and cinematic action is back on Kickstarter. Amit Moshe and Son of Oak Game Studio are asking for $20,000 to make The City of Mist RPG: The Starter Box.

At the time of writing, there’s 22 days to go, and there’s $18,150-ish pledged from nearly 300 backers. You can explore more or pledge at the campaign page.

In City of Mist, you play as an average person who begins to channel the mythic power of a god. This gives you superhero abilities.

The Starter Box comes with five such characters pre-genned. There’s Detective Enkidu who finds herself a channel for Enkidu of Sumerian myth. Others characters are Tlaloc, a crook and also the Aztec rain god, Lily Chow a runaway teenager who can summon a giant from folklore called Iron Hans, Job, a vigilante priest who embodies the biblical Job and Baku a martial artist and a gateway for the Japanese nightmare-devouring chimera.

A pledge of $15 will get you the Starter Set in PDF which means the Players Booklet, MC (Gamemaster) Booklet and the game info side of the character folios.

If you want to double-down on the game, as many people have, then a pledge of $63 will get you the new Starter Box and the traditional 312-paged Player’s Guide (or alternative City of Mist book).

There are stretch goals worth noting; including City of Mist dice that unlock at $50k, gorgeous maps for $60k and tokens at $70k.

It’s a legend called Iron Hans, with a giant… Not a lion 😅 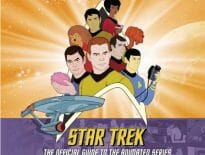 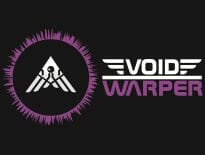