You are here: Home / Games / Tabletop & RPGs / As Roll20 reveals its support for Eberron: Rising from the Last War, Adam Koebel shares his tips

At this point, the D&D community has had a good look at Eberron: Rising from the Last War as the actual books have been shipping and happy gamers sharing their photographs and insight on social media.

NewbieDM even tweeted the index, which we’ll share at the end of this blog post, and a bunch of other photographs.

Now, Roll20 can officially reveal their version of Eberron for the virtual tabletop and Geek Native has screen grabs and a quick catch up with resident DM Adam Koebel.

Adam is quick to highlight how useful the maps are if you’re an adaptable DM.

The Marketplace version of both Guildmaster’s Guide to Ravnica and Eberron: Rising from the Last war have a handful of really useful semi-generic but setting-rich maps. I’ve gotten a ton of mileage out of using them in a pinch. You never know when you might need a Warforged Ossuary for your players to skulk around in.

While the maps might be semi-generic enough to find themselves smuggled into other D&D games, Koebel warned about the contrast in tones between Eberron and, say, the Forgotten Realms. He told Geek Native;

Eberron’s tone is a bit different than the swords & sorcery settings you might be used to. Eberron doesn’t assume that the characters are heroes or even the “good guys”. Talk to your players before the game to figure out just how gritty you want your campaign to be and help them build characters that fit. Is it a pulp adventure like Indiana Jones or a tale of gritty conspiracy like LA Confidential? Or maybe, if your group is anything like mine, maybe it’s more like Who Framed Roger Rabbit. Make use of the Patrons and Regrets tables in Rising from the Last War to help build the right framework for your campaign.

Rising from the Last War is full of exciting new stuff – Dragonmarked Houses, Warforged, Shifters and Artificers. It can be easy to get overwhelmed trying to do it all at once. Focus on one cool new thing at a time. Maybe the characters’ first adversary is a rogue warforged, or their new contact is a conflicted Kalashtar. Encourage your players to explore these new options, too! Remember, it can take a bit of time to get used to the new tone and vibe of Eberron if you’re not already used to it, so be patient and focus on one new element at a time.

Last week, Adam was even able to share an extensive walkthrough of Eberron on video.

NewbieDM has been tweeting lots of pictures from the 320-page physical book.

Found this page looking for an index to the book. That’s the table of contents; not the same thing.

As Roll20 reveals its support for Eberron: Rising from the Last War, Adam Koebel shares his tips 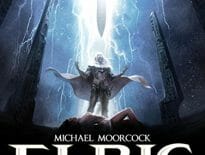 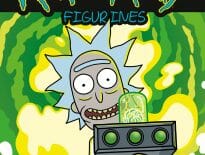